Marc Gasol reportedly staying with Girona for one more seaso… 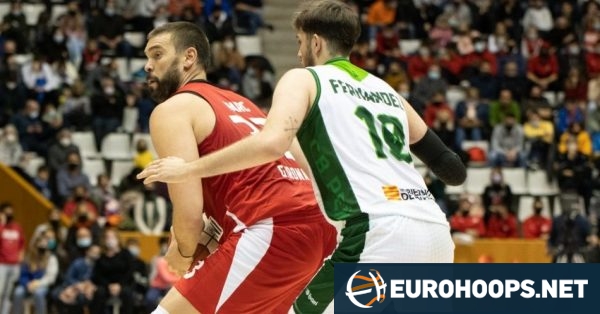 Player and team owner of Girona, Marc Gasol will soon announce his decision to continue as a member of the squad through the 2022-23 season, as reported by Xavi Ballesteros and confirmed by multiple outlets in Spain.

Gasol, 37, was dealing with an injury on his left knee helping Basquet Girona earn the promotion to Liga Endesa last Sunday. The initial plan of helping the team punch in a ticket to the top-flight division of Spain is extended to actually competing in the ACB, according to the update regarding his playing status moving into the next season.

The experience Catalan big man last played in the ACB back in 2008, as a member of CB Girona, the previous team representing the city in the first division of the country. In 2014, he founded Basquet Girona and this season stepped in as a player to assist in completing the drive from LEB Plata and LEB Oro to the ACB.

Looking in great shape since finally combining front-office duties with a playing role in November, he produced 14.5 points, 8.2 rebounds, 2.6 assists, 1.1 steals, and 0.7 blocks per game in LEB Oro. Storming back from a 2-7 start, his side ranked fourth in the Regular Season and went on to earn the promotion by winning the Playoffs for the teams seeded from second to ninth.

Between CB Girona and Basquet Girona, Gasol enjoyed a 13-year run in the NBA. He logged a total of 990 games played, including 854 as a member of the Memphis Grizzlies. Going to the Toronto Raptors, he was crowned NBA champion in 2019 and spent the 2020-21 season at the Los Angeles Lakers.

The post Marc Gasol reportedly staying with Girona for one more season appeared first on .

The public returns … and love returns: romantic request of …