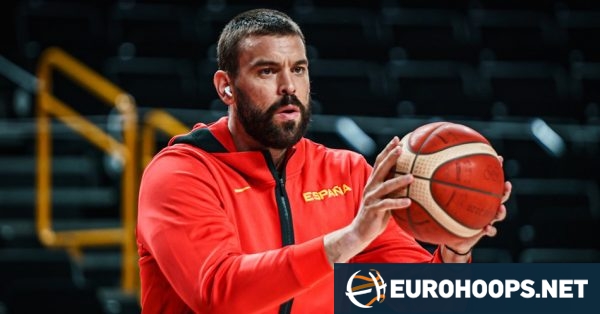 Marc Gasol is widely expected to confirm his decision to join the active roster of Girona on Thursday.

Gasol, 36, was already rumored to expand his role at the Spanish club from being the president to that of player-president. He set himself up for an announcement at Fontajau, home of the LEB Oro team, next Thursday, as he said in an Instagram story.

His team, based in Catalonia, has been struggling in the top end of the 2021-22 season of LEB Oro, Spain’s second division. A 2-0 start was followed by seven losses in a row. The incoming boost to be provided by the president and owner can be considered likely to improve the fortunes of the team moving forward.

Early in his successful career, between 2016 and 2018, the veteran center had actually played for CB Girona, an earlier version of the city’s team. The current team he founded in 2014, fully named Basquet Girona, was promoted to LEB Oro in 2020.

Gasol was selected with the 48th overall pick of the 2007 NBA draft, at the midway point of his initial stint at Girona, after three seasons at FC Barcelona. He went on to play in 11 NBA seasons with the Memphis Grizzlies, before moving to the Toronto Raptors and winning the NBA championship, and wrapping up his run as a member of the Los Angeles Lakers in 2020-21.

Back in September, following 990 NBA games, including 99 appearances in the Playoffs, he was traded from the Lakers to the Grizzlies and waived to return to Spain.

Anzejs Pasecniks signs with Real Betis for the remainder of …