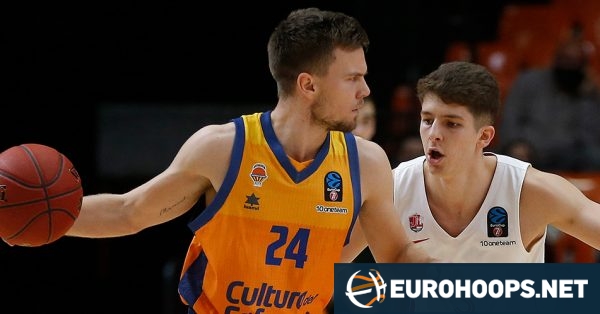 Valencia Basket announced Tuesday that point guard Martin Hermannsson has suffered a torn ACL in his left knee, after scanning that was conducted earlier in the day.

Hermannsson was injured at the final stretch of the second quarter during Game 3 of the Liga Endesa quarterfinals against Baskonia and Valencia was eliminated after losing the series 1-2.

Although the time of his recovery has not been specified, it usually ranges between six and nine months for this type of injury.

Hermannsson finished the season as one of Valencia’s core pieces with an average of 10.6 points, 3.8 assists and 1.7 rebounds across 27 games in the Spanish ACB, while he posted 8.6 points on 44% shooting from the three-point line and 5.2 assists in 17 EuroCup contests.

Another Musa recital for a Breogán who never tires of winning…