The one who was Enrique Soler’s player in the 2016-2017 season, returns to Melilla to enroll in the college discipline.

And so the signing of Massine Fall has just closed: a player who, with his 208 centimeters, dominates the inner game thanks to his powerful physique and size that, together with his experience, will help the team led by Javi Nieto.

Since his time at Enrique Soler in the EBA League, the Nigerian tower has played all subsequent seasons in LEB Oro, beginning his career in the category with Melilla Baloncesto during his time as a collegiate player.

He accumulates experience with Breogán, Orense, Oviedo and Lleida, a club in which he played the 18-19 campaign and with which he has played 9 games this season, accumulating almost 13 minutes on the court to add 4.1 points and 2, 6 rebounds.

Fall is expected to be able to join training shortly and join the large group that makes up the college squad.

Welcome to your home Massine !! 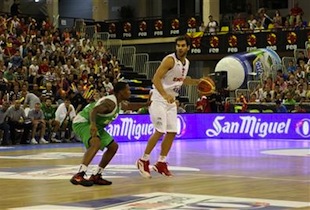 PREVIOUS CJ.1: The first 48 hours will mark the step towards the 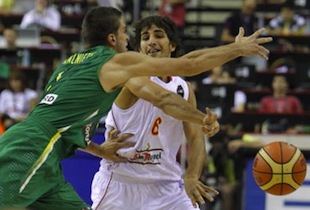