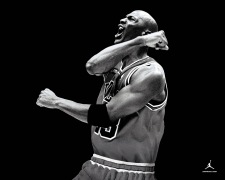 Michael Jordan is making an historical tour through Europe in October. He will he will share his passion for the sport and his dedication to the Jordan brand with international consumers and athletes. His brand Jumpman23 will be displayed and more!

He will be in Barcelona October 22-23. If you’re in the area you might want to check it out. Jordan has been behind the scenes after his retirement.

Redytel joins the CDP family with its collaboration with the