Miller-McIntyre and Andorra get past Real Madrid, Barca beat… 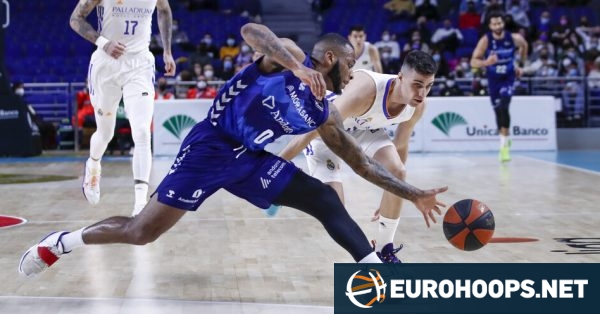 Barcelona continued the chase for the top spot of the Spanish league with a 99-84 home win against Joventut Badalona.

On the opposing side, Ante Tomic put up 20 points and eight boards against his former team while Guillem Vives scored 17 and Vladimir Brodziansky 13 points.

Barca improved to 13-3 while Joventut holds an 11-6 record. The gap has further decreased between the arch-rivals as Real Madrid (16-3) lost to MoraBanc Andorra (6-12) with 88-83 on the scoreboard.

Codi Miller-McIntyre was the main push behind Andorra’s winning effort with 28 points on 12-17 shooting while Nacho Llovet added 15 and Babatunde Olomuyiwa 14 points.

The post Miller-McIntyre and Andorra get past Real Madrid, Barca beats Joventut appeared first on .