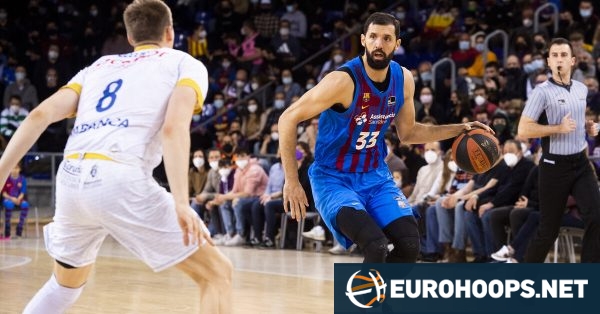 Obradoiro was more competitive for the larger part of the game than what the final score shows. The visiting team held a minor lead in the first half and erased a 10-point deficit in the third period to come back and tie the match at 59 with seven minutes to play.

Barcelona went on to make a 19 – 4 run in the next five minutes to assume full control of the game. Mirotic then drained a triple for the 81 – 65 with 80 seconds remaining and basically sealed the game’s outcome. The Blaugrana improved to 14-3 while Obradoiro dropped to 6-13, just one spot above the relegation zone.

The post Mirotic leads Barcelona past Obradoiro appeared first on .