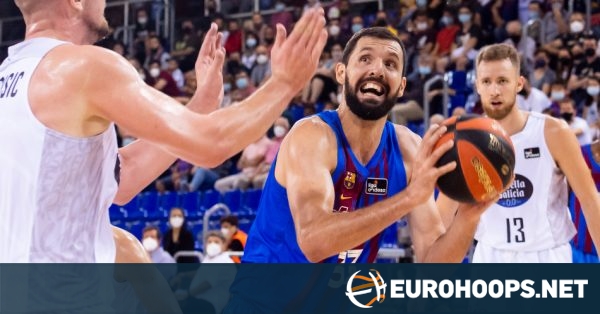 Nikola Mirotic has been on a mission at the start of this season and has put on another strong performance with 22 points against Breogan, leading Barcelona to a 78-69 win.

He also grabbed seven rebounds and accumulated a total of 32 PIR, compared to last game’s personal best of 34. Cory Higgins followed with 15 and Nigel Hayes with 14 points.

Meanwhile, Tenerife got the better of Bilbao Baskets with 89-79 on the scoreboard, thanks to Sasu Salin and Giorgi Shermadini who scored 24 and 20 points respectively. On the opposing side, Andrew Goudelock banked in 22 points.

Real Madrid ends the resistance of a great Zaragoza …

Official: Abrines renews with Barcelona until 2026