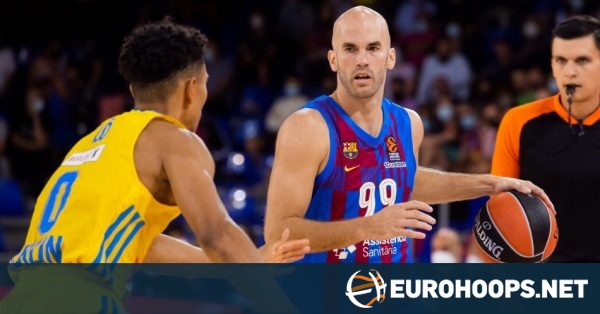 Nick Calathes will be out for approximately six weeks after being diagnosed with a fractured left fibula.

“Complementary tests show that player Nick Calathes has a proximal fracture of the left fibula. The approximate time off is six weeks,” Barcelona’s announcement read.

The 32-year-old point guard played 21 games across all competitions for Barca this season. He’s been averaging 8.4 points on 42% from deep, 5.7 assists, 5.2 rebounds, and 1.4 steals over ten Euroleague games.

Barcelona will face Zalgiris on November 26th but will not be able to count also on Brandon Davies who is playing in FIBA windows with the Ugandan national team.

The Spanish team holds a 9-2 record in EuroLeague and is 10-1 in the Spanish Liga Endesa.

The post Nick Calathes out for six weeks with fractured left fibula appeared first on .

The Dominican Ángel Delgado reinforces the inside game of R …