Nikola Mirotic may return in Clasico 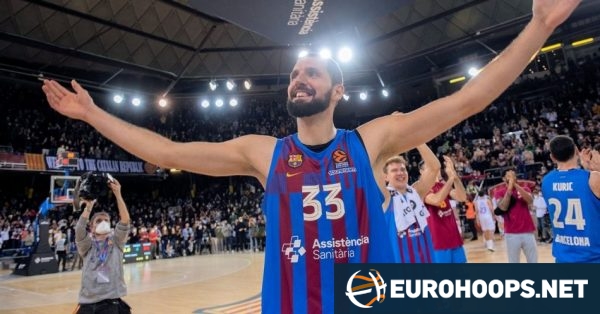 Barcelona superstar Nikola Mirotic may return to action in the Spanish Clasico of his team against Real Madrid Sunday (23/1) after the Blaugrana announced that he tested negative for coronavirus.

“He’s going to try to practice a little, he’s going to travel with us and then we’ll see if he can help us a little and how he feels”, Barcelona coach Sarunas Jasikevicius said.

Mirotic got sidelined with COVID-19 on January 15 and was out in Barcelona’s EuroLeague loss to Unics Kazan in Russia. It was the first EuroLeague game the Spanish-Montenegrin forward missed this season and during an MVP-caliber (17.8 points, 5.5 rebounds) run.

“He’s feeling like an animal,” Jasikevicius had mentioned after the defeat to Unics. Mirotic’s absence was striking on Barca’s game with the team registering its lowest-scoring performance this season over all competitions.

Barcelona and Real Madrid will face each other for the third time this season after the ACB Supercup Final (a 88 – 83 Real win) and their game for the first leg of the EuroLeague regular season (a 93 – 80 win for Barca). Mirotic has his best performance in 2021-22 so far in the latter with season-highs 33 points and 11 rebounds.

The post Nikola Mirotic may return in Clasico appeared first on .

Lenovo Tenerife does not give Baskonia an option in Getafe