Ciudad de Huelva and power forward Mansour Kassé (Senegal, 06-28-1992) have reached an agreement for him to join the Huelva team for the remainder of the season.

Trained in the Real Madrid youth academy, where he played the 2010-2011 and 2011-2012 seasons in his EBA league team, this 2.08 tall player has a long career in Spain. From the Spanish capital he went to Básket Navarra de LEB Oro to later play three seasons at Cáceres, a World Heritage Site (the first two seasons in LEB Plata and the last, 2015-2016, in LEB Oro). From the capital of Extremadura, he played in Seville for LEB Plata’s Aceitunas Fragata Morón, achieving his best average so far (9 points, 5 rebounds and a PIR of 11).

Last season, Ciudad de Huelva faced this player in the Promotion Phase to LEB Plata played in Valencia. Kassé was a player for FC Cartagena CB, a team that got promoted and currently plays in the silver league. The people from Huelva could not stop this physical wonder who finished the game with 18 points, 14 rebounds and a PIR of 27. With FC Cartagena he played ten regular league games averaging, in twenty-six minutes of play, 14 points, 8 rebounds and a PIR of 15.

The Senegalese power forward arrives from Bahrain where he has played the last two seasons at the Samaheej Club.

Antonio Gómez, sporting director of Ciudad de Huelva, values ??this signing as the incorporation of: “a very differential player that we know well after facing him last season in Valencia. He is a player who can alternate the positions of four and five and who also has a very good hand in the outside shot. He possesses great low post moves and very high physical toughness. We hope that the arrival of Mansour will be the piece that completes the great team we have and that it will help us to continue growing”. 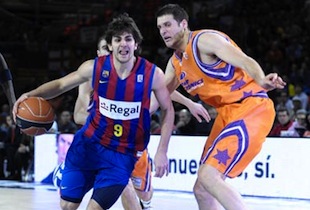 Juan Coffi, more direction of the game for CB Prat