Prepelic: “Valencia Basket’s challenge is to play the next Eu…

ANDhe Valencia Basketball will face next week’s Copa del Rey in one of the best moments of the season. Winning at the Palau and at the Wizink, Peñarroya’s men are recovering troops for the important part of the course. Klemen Prepelic, Slovenian shooting guard, went through ‘We Like Basket’ to analyze the actuality of the Valencian group.

Valencia project: “We have changed a lot in the summer, we have changed almost all the quotas, Rivero has arrived who has incredible energy and is difficult to stop and the club has managed to keep very important players for many years. It is a very long squad, it has a lot of talent. Peñarroya is a very charismatic coach, he is a good person and has a good character. We have good challenges ahead.”

It’s a bit weird to put Morant in front of Luka in the All Star. Many people quickly forget what he has done

Copa del Rey: “In the Cup every game is a final, Murcia has had an incredible season, they play at a very high level, the Endesa League is the best in Europe and there are no easy games. In the Copa del Rey you always have to give your best.”

Objective, the Euroleague: “The The final challenge of the season is to enter the Euroleague and we already know that the only way to do it is by winning the Eurocup or playing in the final. Valencia is the most historic team in the Eurocup, the one with the most titles and is a clear favorite to win. There is a long way to go, but it is a very important challenge.”

Past at Real Madrid:“Each player thinks he deserves to play more, but it’s over now, that stage is closed. and I’m really looking forward to Valencia, I’m very happy and I feel much better here than in Madrid”.

Historical Luka Doncic: “I’m not surprised. I spend every summer with him and nothing else surprises me, the only thing that surprises me is that people forget very quickly about the things he has done and I think putting Ja Morant ahead of him in the All Star is a little weird, is having a great season and in the end the most important thing is to be in the game. Luka has 3 in a row and I think he will be 15 more times. I want to see him healthy and happy.”

World Goal 23: “There is no other option for Slovenia than to play in the 2023 World Cup. We have a Golden generation, We have won the Eurobasket and it was very difficult not to be in China. It is true that it was very nice to be in the first Olympic Games, but now we have new challenges and we want to be in the World Cup”.

Still not listening to Radio MARCA? Download the app for iOS and Android.

The Obradoiro takes advantage of Andorra’s lack of gasoline to … 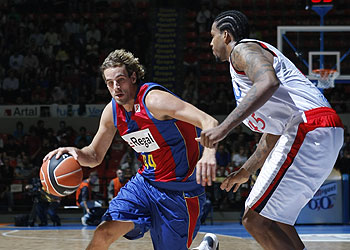