PREVIOUS: Height duel towards the conquest of the Cup

They share the first place in the qualifying table on their way to promotion, but both Movistar Estudiantes and Covirán Granada will have to park their main goal of the course for a few hours in order to be eligible for the first title of the season in the LEB Gold League. Because the Final of the Princess of Asturias Cup is a unique opportunity when it comes to being able to bring to their showcases a title as prestigious as it is valuable when it comes to being able to mark territory towards the final outcome of the course.

With the sole objective of being able to lift a title that would be a serious boost to their league aspirations, both Movistar Estudiantes and Covirán Granada will take to the court of a packed WiZink Center this Sunday to win the title. Quite a challenge that would allow the people of Madrid to be able to reconcile with their recent past as long as they manage to impose themselves on an Andalusian team willing to break with the inertia of the locals on their track in order to take a new step forward.

TV: The Final, on LaLigaSports.tv / Feliu: “It will be an open and even final”

REPORTAGE: The best finalists of the last decade, on the floor of the WiZink Center

REPORTAGE: The Wizink Center breaks the first record of the 2022 Final

Arrive as well as possible on a physical level and with clear ideas. Those have been the guidelines most highlighted by both coaches in the hours prior to the Final of the Princess Cup. A message that makes perfect sense since their teams will reach the Final of the Princess of Asturias Cup after playing two games since last weekend, but with the moral obligation to give 200% on the floor in order to win such a prestigious title .

Because winning the Princess of Asturias Cup could be a vital boost for the other great objective of the course, a direct promotion that keeps both teams tied in the fight for first place and that will lead them to face each other again next Sunday in the League . A game that does not exist at the moment for its protagonists who have focused all their efforts on how to deactivate their rival. Especially a Covirán Granada who took the victory in the duel played in Granada, but who knows perfectly well the complexity of being able to win where no one has done so far, in an impregnable WiZink Center this year.

To do this, Pablo Pin’s men will have to play a game that borders on perfection when it comes to being able to surprise a really solid team that has a great balance between the lines. An order that, if they can maintain it, will give them a plus when it comes to handcuffing a rival who will have to play against the schoolboys and against the atmosphere generated in the stands.

All this so that, at about 2:30 p.m., one or the other can boast of having won the first official title of the season.

The key: The essence of the finalists. It usually sounds cliché when team coaches say that the key to victory will be being able to stay true to their style or be themselves, but this time, nothing is further from the truth. Because if both Movistar Estudiantes and Covirán Granada have reached this final for a reason, it has been for having maintained a regularity in their game through collective brilliance. Two teams with a great defensive sacrifice, with good transitions, with generosity in attack, with multiple offensive options… For this reason, whoever is able to maintain the brilliance in the greatest number of aspects of his game will have a lot to gain in a night in which the stands will have a lot to say.


The environmental factor: From the local social mass to the multi-displacement visitor. With thousands of spectators in its stands, the WiZink Center aspires to achieve the best entrance of the season on a Sunday morning in which the public could play a determining role for a Movistar Estudiantes that has exploited this factor like no other. Because the people of Madrid are the only undefeated team in their fiefdom in a LEB Gold League in which, however, it will be their rival who will set another historical record. And it is that no other team has been able to displace the nearly 800 people that a Covirán Granada will mobilize this Sunday willing to find his small palace from the stands.

The old acquaintances of the MVP: John Dee and Thomas Bropleh. When the hot moments of the match emerge, talent and experience will be essential when it comes to making a difference. For this reason, the referents of both teams will be vital for the resolution of a duel in which perhaps no other player per team is as important as them. Because John Dee and Thomas Bropleh know what it’s like to lift the title and, especially, to do it as MVPs of their teams. Which of the two will succeed in repeating history?

The data: The challenge of defeating the undefeated. The Final of the Princess Cup is not usually a propitious ground for visiting teams since only one team has been able to win the Final away from home throughout history (GBC 2020), but this season the challenge will be doubly difficult for the Covirán Granada since not a single visiting team has been able to add positively on the floor of the Wizink Center. Will the Andalusian team be the first to do so? 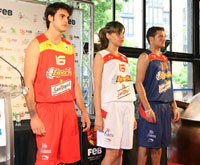 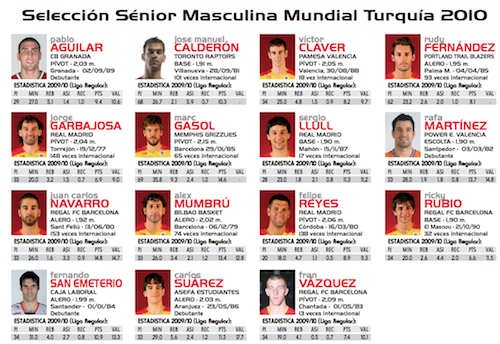 2022 arrives with an extra dose of illusion on the grill