With 12 teams already classified for the Finals, three places in Conference C and one more in E have yet to be decided to have the final roster of teams that are candidates for promotion to LEB Silver.

The notes of the day take us to Llucmajor, Valls, Mollet, Calpe and Alginet

On Saturday (5:00 pm) the end of the final party of Conference C will begin. The AEA Solidaria Llucmajor will face CB Martorell in the only first group duel of the Conference Phase. The Balearic Islands have one of the most decisive players in the competition, Albert Maura, and a compulsive scorer like Gabriel Serra, but the Catalans have life insurance like Albert Valle, always effective. Equality assured.

A little later (Saturday 6:10 pm) CB Valls Optiques Teixidó face UE Mataró Germans Homs, a duel also with an uncertain prognosis. The people of Tarragona are based on the physical power of Morten Bulow and the quality of Sergi Domenech and Pol Olivier, while the people of Mataró have two decisive players such as Amir Warnock and Jordi Juanola.
And finally DM Group Mollet faces Brisasol CB Salou (Sunday 6:05 pm). The only undefeated team in the category measures forces with a team from Tarragona that will host one of the two Final Phases of the EBA League. Players like Óscar Amo, Albert Serra or Javier Rodríguez, against Courtney Barksdale, Gonzalo Balta or Xavi Costa.

Saturday afternoon of transistors in Alginet and Lliria. Two teams tied for third place that play the last place for the Final Phase of Conference E. The Refitel Bàsquet Lliria is currently third place, but it has the paradox that it can maintain the place by losing, and lose it by winning. His commitment is against Ifach Calpe (Saturday 7:30 pm). If he wins, he will be third in all cases except in the case of victory for Safir Fruits Alginet and defeat for FC Cartagena CB. The triple tie leaves them out. And in case of defeat, he will retain third place only if he also loses the Safir Frutis Alginet. The alginetinos play at home against NB Paterna. They absolutely need victory and wait for a puncture from Refitel Básquet Lliria or for Valencia BC to beat FC Cartagena CB with their homework done.

First training sessions to prepare for the Games

The Bueno Arenas Albacete incorporates the company Promei as 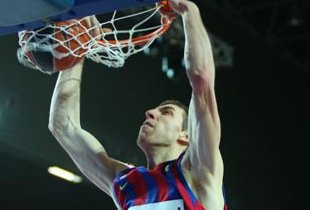