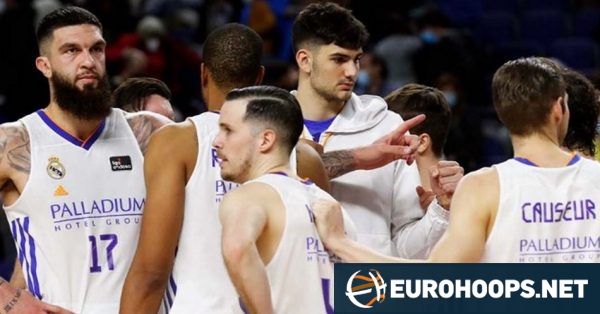 Experienced guard Sergio Llull scored all of his 13 points in the third quarter as the Whites got in control and built a double-digit distance. Adam Hanga banked in a game-high 14 points, shared with Axel Bouteille of the visiting team.

Ahead of the Turkish Airlines EuroLeague double-game week, Guerschon Yabusele sat out alongside Alberto Abalde, Carlos Alocen, and Trey Thompkins. The team coached by Pablo Laso, after improving the ACB-best W-L tally to 12-1, will face ALBA Berlin at home and AX Armani Exchange Milan on the road, Tuesday and Thursday, respectively.

Barca jumped to 11-2 in the Spanish League as Nikola Mirotic fired 18 points, powered by 5/10 field goals. Nigel Hayes-Davis added 14 points, while newcomer Dante Exum contributed eight points in 18 minutes after debuting with two points, two rebounds, and one assist in Friday’s EuroLeague triumph against Madrid. Giorgi Shermadini stood out for the hosts with 17 points.

Nick Calathes, Cory Higgins, and Alex Abrines are all still out for the team coached by Sarunas Jasikevicius. Back in Europe’s premier club continental competition, the Catalan club will be tested at Crvena Zvezda mts Tuesday and at Panathinaikos OPAP Thursday.

In other ACB action on Sunday, Dzanan Musa rocked 26 points powering Rio Breogan in the 83-74 victory over MoraBanc Andorra.

The scheduled game pitting Valencia versus Monbus Obradoiro was postponed.