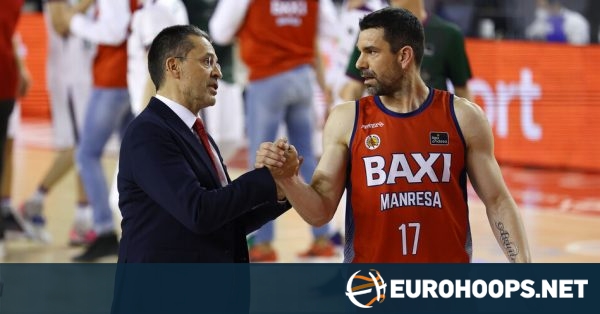 Real Madrid established control in the second half of Game 2 against BAXI Manresa and got an 83-74 road win.

Gabriel Deck and Guerschon Yabusele led the way for the winning side with 14 and 16 points respectively while Sergio Llull had 11. Yabusele also grabbed seven rebounds.

For Manresa, Ismael Bako and Joe Thomasson logged 16 points each with Chima Moneke adding 11. Bako put on a double-double with 11 rebounds.

Rafa Martinez contributed with five points in ten minutes of playing time for Manresa and those were his last as the 40-year-old will retire. He played for Manresa on three stints for a total of nine years.

Rafa Martinez’s exit from the basketball court for the last time as a playerpic.twitter.com/xNPulqBu50

Martinez won the EuroCup three times throughout his 24-year career while also adding one Spanish league title. All of his titles came while wearing the jersey of Valencia.

Madrid advanced to the Spanish league semifinals with this win and is awaiting the victor of the series between Valencia and Baskonia where the series is all tied at 1-1 after Valencia got an 89-82 road win.

Jasiel Rivero was outstanding for the victors with 27 points on 7-9 from two and 2-3 from three. Martin Hermannsson helped with 16 points and Olivier Hanlan with 13, as did Sam Van Rossom who also dished five assists.

For Baskonia, Alex Peters scored 18 and Simone Fontecchio 14 points while Matt Costello and Jayson Granger had 13 each. Baldwin added 12 points and seven assists, as well as an electrifying dunk.