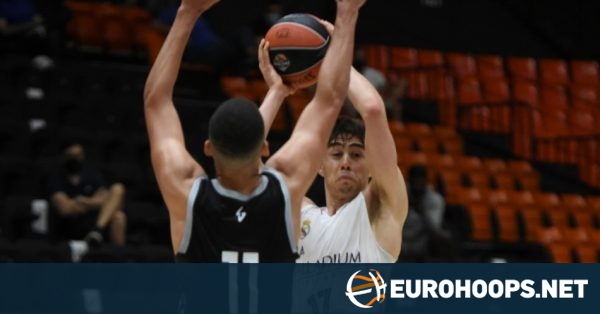 Real Madrid going through several issues from injuries to departing players, stretches to the ACB Playoffs. Sergio Llull with a right leg injury plus Nicolas Laprovittola with a left leg injury are sidelined, as announced by the Spanish powerhouse on Saturday.

Youngster Juan Nunez will be called up for the semifinals of the Spanish league, per Carlos Sanchez Blas. He turned 17 on Friday. He is currently with the U18 squad participating in the 2020-21 Euroleague Basketball Next Generation Tournament Finals at Valencia but is expected to join the senior squad and share playmaking tasks with Carlos Alocen.

Game 1 of the best-of-three series against Valencia is scheduled to be held on Sunday at WiZink Center. Game 2 follows Tuesday at La Fonteta. Game 3, if necessary, will be held on Thursday in Madrid.

Besides Laprovittola and Llull, Alberto Abalde and Felipe Reyes are also sidelined. Trey Thompkins and Anthony Randolph have been previously ruled out for the remainder of the season.

The post Real Madrid counting on 17-year-old Juan Nunez for the ACB semis appeared first on .