Real Madrid gets the easy win over Murcia 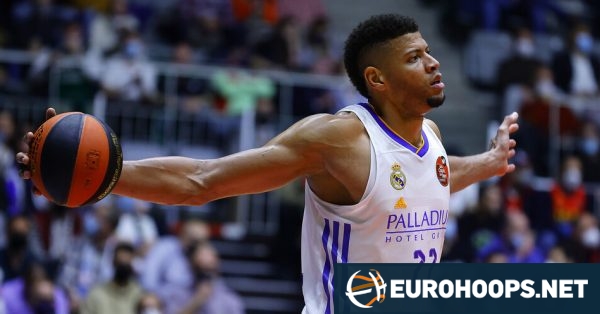 In the second-to-last round of the Liga Endesa regular season, Real Madrid didn’t need to do much in order to get the 90-69 win over Murcia. Thanks to a good third quarter, in which the hosts had a 27-12 partial score, things were decided early.

Walter Tavares with 14 points and nine rebounds led the charge, Alberto Abalde with 10 points and seven assists also did his job and Gabriel Deck also had a key presence on the court with seven points and three assists.

It was the 300th game of Murcia’s veteran Kostas Vasiliadis in the Spanish league, however the guests managed to stay competitive only in the first half, when they trailed by four (41-37) after an amazing buzzer beating three by Thad McFadden.

Madrid now had a 24-9 record in the Liga Endesa standings, second best only to Barcelona (26-7), while Murcia with a 16-17 record is out of the playoffs.

The post Real Madrid gets the easy win over Murcia appeared first on .

Barcelona ties the pivot Sertac Sanli for the next two …

Giedraitis: “There were a couple of offers from the NBA, but my family …