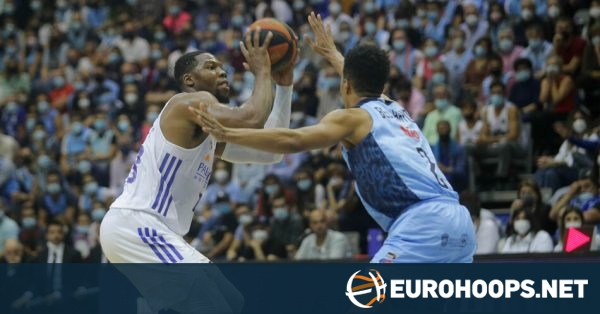 Adam Hanga picked up an injury in Friday’s Turkish Airlines EuroLeague Round 4 visit at Panathinaikos and joined the list of missing players already featuring Trey Thompkins and Anthony Randolph.

Pablo Laso’s side with Sunday’s W improved to 6-0 in the Spanish League to reach FC Barcelona on top of the standings. The hosts went down to 3-3, despite nearly coming back from a 15-point deficit in the fourth quarter. Trae Bell-Haynes packed 17 points behind 7/12 field goals and Dzanan Musa ended up with 16 points to his name.

Coming up for the Whites off to a 3-1 start in EuroLeague, Fenerbahce Beko at home in Round 5 action scheduled for Thursday.

Lenovo Tenerife defeated Baskonia, 71-65, after outscoring the hosts, 22-6, in the last ten minutes. Canadian star Kyle Wiltjer and Bruno Fitipaldo both connected five three-pointers combining for an overall total of 34 points, 19 and 15 respectively. Sasu Salin scored eight of his 11 points in the fourth quarter.

Txus Vidorreta’s side improved to 4-2 after going to 2-0 in Group A of the Basketball Champions League Regular Season on Wednesday. On the other hand, the EuroLeague outlet fell to 3-3 with a EuroLeague home game versus AS Monaco coming up on Friday. Rokas Giedraitis pulled in a team-high 17 points against Tenerife.

Baskonia regains its smile at the expense of Obradoiro