ANDhe real Madrid He has just announced who his coach will be after the dismissal of Pablo Laso: Chus Mateo He will take charge of the team until 2024. The Madrid coach, trained in the white club’s youth academy, has been the Vitorian’s assistant since 2014.

The The white club also reported that it has reached an agreement with Pablo Laso to end his relationship at the head of the recent champion of the Endesa League and runner-up in Europe. The agreement is with the settlement. Laso wanted to fulfill his contract (he had signed until 2023)although the club took refuge in medical criteria to terminate the link.

Thanks from Real Madrid to Pablo Laso

Half a day after announcing that Laso was not continuing, the club wanted to thank Laso for the services rendered. “Real Madrid wants to show its gratitude and affection to Pablo Laso for leading our team in one of the most successful periods in our history. During the 11 seasons he has been in charge of our first basketball team, Pablo Laso has won 22 titles: 2 European Cups, 1 Intercontinental Cup, 6 Leagues, 6 Copas del Rey and 7 Super Cups. With this record, Pablo Laso becomes one of the greatest legends of our club”. 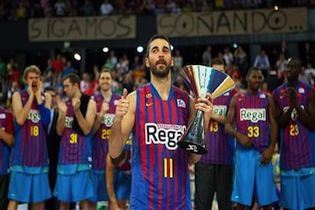