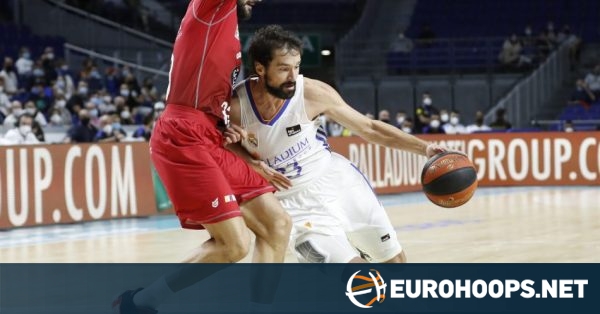 Obradoiro was up 48 – 51 at the end of the third period until Sergio Llull, who was scoreless until that moment, dropped six points in a row to give Real Madrid the lead. The Blancos proceeded to dominate and even go up by double figures when Llull sealed the win for his team with a 3-pointer for the 74 – 60 with three minutes to play.

Earlier, Joventut Badalona beat Baskonia 72 – 61 behind Vladimir Brondziasky’s 17 points and seven rebounds. Baskonia (that was minus Rokas Giedraitis due to a sprain) needed a lot more than Wade Baldwin’s 25 points and five rebounds.