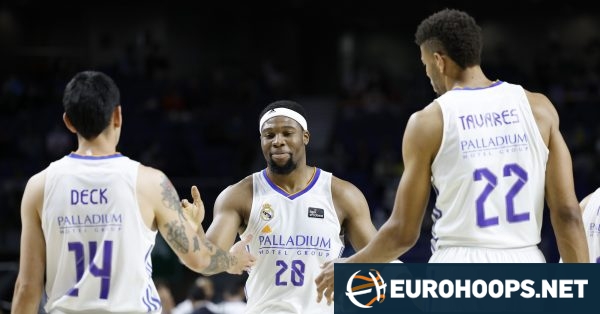 Real Madrid snapped a three-game skid in the Spanish Liga Endesa to rout Breogan 90-65 at home ahead of their EuroLeague playoffs Game 1 against Maccabi Tel Aviv (April 20, 21:00 CET).

With this victory, Real improved to a 20-9 record and remains second in the ACB standings. On the opposing end, Breogan is fighting to reach the playoffs though they dropped to 14-15. Tyler Kalinoski scored 10 points to lead the visitors and Rasid Mahalbasic added 9 points and six rebounds.

Real Madrid brings back six players and Laso in the first…

The Endesa League goes crazy: The top five lose to…