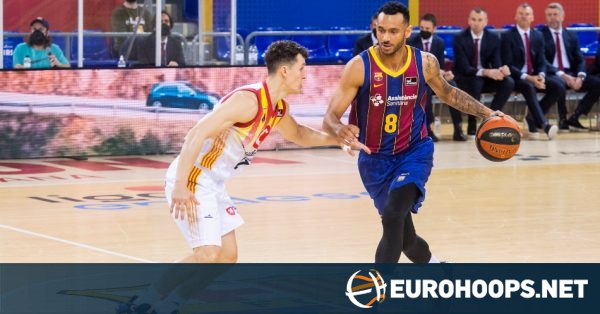 Brandon Davies (20 points, eight rebounds), Adam Hanga (17 points on 4-5 3-pointers) and Nikola Mirotic (15 points, seven rebounds) led an overall powerful offensive effort for Barcelona that was without star guard Nick Calathes. The Blaugrana began assuming control of the game in the second period to close halftime up 55 – 44 and completely overpowered its opponents in the fourth quarter to turn the match into a rout.

Dylan Ennis’ (27 points, four steals) and Jacob Wiley’s (14 points) efforts weren’t enough for Zaragoza that was competitive for 30 minutes but became unable to keep up with its opponents down the stretch.

Real Madrid took on the challenge against TD Systems Baskonia on the road and delivered with 85-74 on the scoreboard. Gabriel Deck scored 18 in addition to Walter Tavares’ 16 and Trey Thompkins’ 14 points.

Tavares also grabbed 12 rebounds. On the other side, Pierria Henry had 14 points and 11 assists.

Gipuzkoa made the upset of the round as they routed Valencia rather convincingly with a 78-60 home win. Viny Okouo logged 20 points along with nine rebounds for the victors while Dino Radoncic had 18 and nine.

Jasikevicius: “We have made the changes we could make”