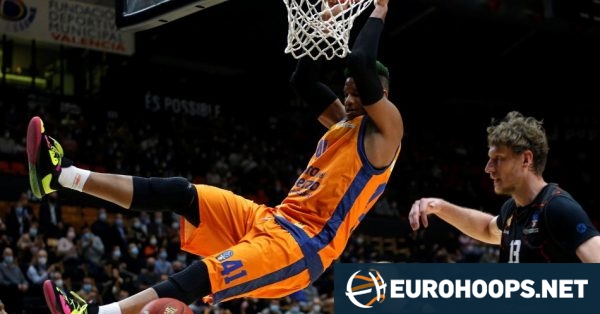 A solid fourth quarter powered Valencia in the 87-79 victory against FC Barcelona on Sunday.

Cuban center Jasiel Rivero fired in nine of his 18 points in the fourth period. He also pulled down seven rebounds in the back-and-forth ACB Regular Season Round 10 contest. His side outscored Barca, 24-16, in the last ten minutes to earn the big win on the road.

Barca dropping its undefeated record generated a tie with Real Madrid on top of the Spanish League standings. Both teams are 9-1. Trailing AX Armani Exchange Olimpia Milano, they are also knotted together in second place of the Turkish Airlines EuroLeague at 7-2 heading to the next double-game week of the 2021-22 Regular Season.

The team coached by Sarunas Jasikevicius will take on CSKA Moscow at home and visit LDLC ASVEL Lyon-Villeurbanne Wednesday and Friday, respectively. Pablo Laso’s side will be at Villeurbanne on Tuesday and back to Spain’s capital to face Crvena Zvezda mts on Thursday.

Real Madrid and Barça: the worst greats in the ACB in the last…