An old longing. That is what Roselis Silva was for a long time for Lointek Gernika Bizkaia. Like it was last season, for example, Rosó Buch. The Venezuelan game is ideal for the Gernikarra style, full of speed, aggressiveness and verticality. The one from Caracas took its first steps in her native country, in Sacramento de la Vega. Then he made the leap to the United States through a scholarship to Arkansas Tech University.

Unsuccessful in the WNBA Draft he returned home to win the league with Deportivo Anzoategi. His first experience on the other side of the pond was not very far, at Iraurgi in the 2015/2016 season when he surpassed the barrier of 15 points per game. There he began his long journey in the Endesa Women’s League: Two years at Kutxabank Araski, one at Embutidos Pajariel Bembibre, another at Campus Promete before returning to Bierzo after his frustrated signing by Zamarat. The last campaign was a fundamental piece for Pepe Vázquez’s team to achieve permanence since in the 20 games in which he participated he achieved averages of 9.6 points, 5.7 rebounds, 3.8 assists and 2.5 steals for a total of 15 valuation credits.

He is an experienced base in competition after passing through various teams in the Endesa Women’s League. Its main characteristic is speed. Speed ??of hands to steal balls and distribute assists, speed that contributes to the rhythm of the game, always moving the ball to the attack field as soon as possible. In other words, an ideal style for the Lointek Gernika Bizkaia. This is how Mario López analyzes the incorporation of Roselis Silva: “We are very happy to have Roselis for next season- She is an experienced player with a lot of self-confidence, intuitive in defense, skilled at stealing and with a lot of activity. Offensively capable of playing in different registers, both static and counterattack, with a good reading of direct blocking and game vision, his ability to generate and assist will help us in our game.

With the incorporation of Roselis Silva, the Lointek Gernika Bizkaia squad now has 9 players on the payroll with the renewals of Belén Arrojo, Rosó Buch, Itziar Ariztimuño, Marge Roundtree, Paula Ginzo, Angie Bjorklund and Marta Alberdi along with the signings of the own Roselis Silva and Melisa Brcaninovic.

Perfumeries Avenida and the reinvention of an inspired lesson…

Arroyo and Ortiz feed the future with Savings at school… 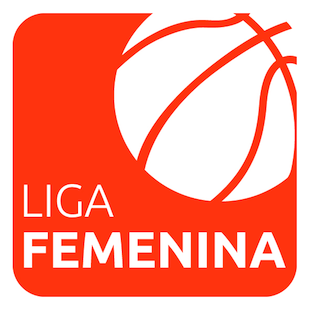