Sarunas Jasikevicius: “I am not thinking of Pau Gasol right … 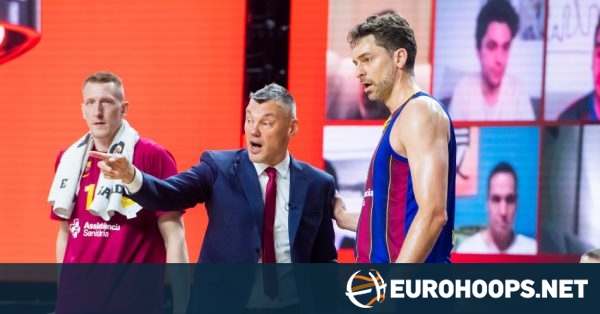 With the Spanish Liga Endesa tipping off September 11, Barcelona boss Sarunas Jasikevicius talked about his plans, which currently don’t include Pau Gasol, until the veteran big makes a decision about his future.

“I’m focused on working with what I have and I am not thinking of Pau Gasol right now. If it [his decision] appears later, we will have to assess it”, tells Jasikevicius in a recent interview with Rac1.

“I can’t say yes to Pau Gasol, I don’t pay his salary. If the case arises, we will have to sit down with the club, the player and the staff to see if it fits us all”.

Jasikevicius further talked about Barcelona’s roster for the 2021-22 season and how the changes have resulted in better balance.

“Adam Hanga will not continue because we have had to cut the budget, and for sports reasons. With Claver’s injury, last year we suffered without a clear three, nor a clear second guard. Now we have signed with more balance”, tells the Lithuanian coach.

“I have always believed in the squad. We have a group of youngsters who are not ready yet but in a couple of years, they will be. They are youngsters who have a future and with whom we will have to take a little risk. Then it will depend on them”, he added.

The post Sarunas Jasikevicius: “I am not thinking of Pau Gasol right now” appeared first on .