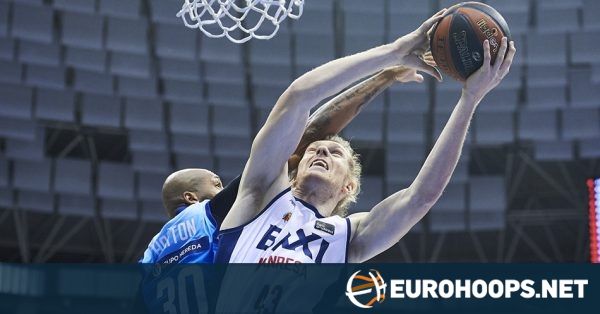 Manresa big man Scott Eatherton could be taking the leap to Japan, as he is in advanced negotiations with Nagoya Dolphins, Chema de Lucas reports.

29-year-old Eatherton joined Manresa last summer with a one-year deal and has posted an average of 14.1 points, 5.8 rebounds and 1.5 assists across 36 games this season.

After going undrafted in the 2015 NBA draft,  Eatherton moved to Europe with Fortitudo Agrigento in Italy for the 2015–16 season. In the next campaign, he joined BG Göttingen for a season, and then moved to Löwen Braunschweig where he stayed for three seasons.

The post Scott Eatherton in advanced negotiations with Nagoya Dolphins appeared first on .

Bilbao Basket goes back to Fuenlabrada and opens its win account …

A triple by Brussino two seconds from the end raises Zarag …