Sean Kilpatrick to finish the season with Zaragoza 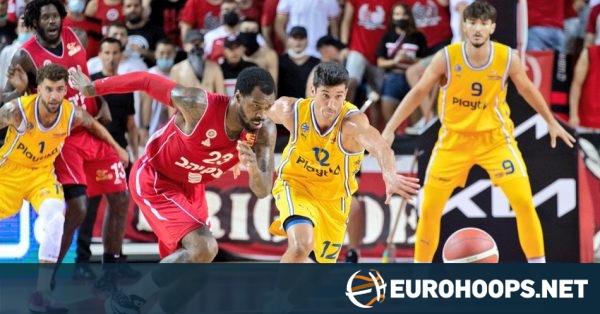 Sean Kilpatrick will join Zaragoza until the end of the season, as Efrat Amoraban and Moses Barda reported, and sources confirm. Hapoel Jerusalem officially announced parting ways with the player.

Kilpatrick joined Hapoel Jerusalem last summer and played a total of 19 games with the team, 14 in the Israeli league and five in the Basketball Champions League.

Kilpatrick played for four seasons in the NBA with Minnesota, Brooklyn, Denver, Milwaukee, Chicago and the Los Angeles Clippers, logging a total of 156 games.

In Europe, he played for Panathinaikos, Buducnost, Tofas, Gran Canaria and Hapoel, making this his second stint in Spain. He won the 2019 Greek league and Greek Cup with PAO.

Zaragoza has been in a tough spot this season, getting eliminated from the FIBA Europe Cup early and fighting to stay out of the relegation zone in the Spanish Liga Endesa.

The team has an 8-15 record in the 14th spot of the standings, one win in front of the relegation zone. Dragan Sakota is taking over the team as the new head coach with the official announcement pending.

The post Sean Kilpatrick to finish the season with Zaragoza appeared first on .