Of the 149 parties that Sergio Scariolo So far he has led the National Team, 62 have been friendlies and 87 officials. The total balance is 120 wins and 29 losses. Only in official matches, 67-20. AND 7 medals in the 8 major championships in which he has been in charge of the team: 4 golds (Eurobasket 2009, Eurobasket 2011, Eurobasket 2015 and World Cup 2019), 1 silver (Olympic Games 2012) and 2 bronzes (Olympic Games 2016 and Eurobasket 2017). In total, Scariolo has led Spain in five finals of the eight championships played. A record, more than positive, extraordinary.

With his 150 and 151 matches this month, Scariolo will increase his credentials a bit more as the second coach who has directed the most matches to Spain, only surpassed by Antonio Diaz Miguel (434) and more and more ahead of Lolo Sainz (133). The rest is far from the historic podium.

Scariolo took over as coach for the first time in 2009, and debuted in a big way: with the first gold medal in the history of Spain in the Eurobasket. His first four-year cycle ended with another historic success: the silver medal at the 2012 London Olympic Games, after an extraordinary final in which the National Team played face to face against the powerful USA team and ended with 100-107 after 40 spectacular minutes for the history of world basketball.

After two years of hiatus, Scariolo returned to assume the direction of the National Team in 2015, and since then the summers of Spain have been counted by medals.

But being as it is a trajectory of unprecedented successes, Scariolo’s at the head of the National Team cannot be valued only by the medals. In his years as coach he has contributed to building a technical structure of the highest level in the pyramid of men’s national teams, which includes a basketball style and values ??that are transmitted from the U16 to the Absolute. And among the Absolute itself, as in the last three years it has been possible to live with the teams that have played in the qualifying windows. 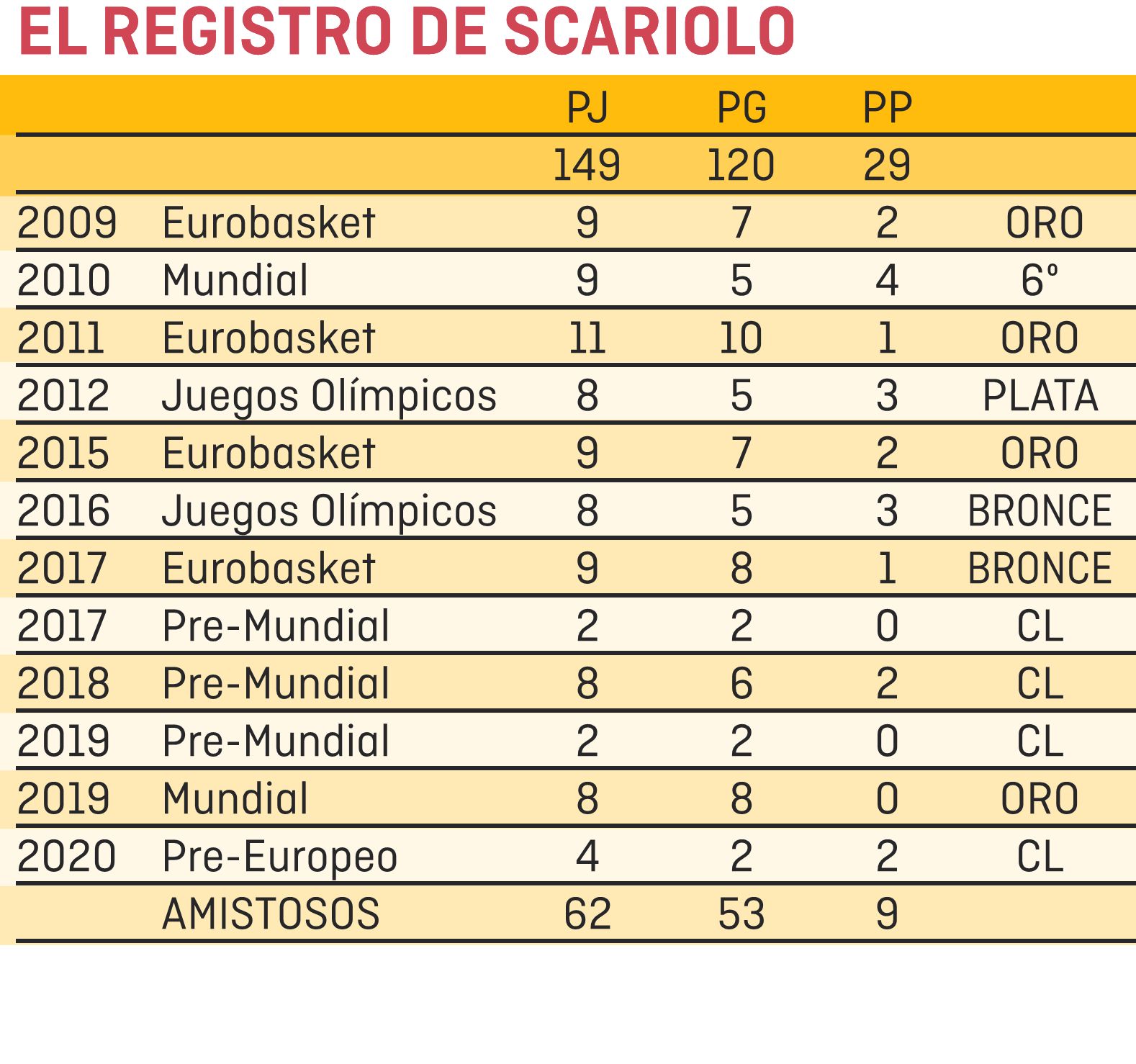 The other 3 + 3 Spain-USA prior to the Olympic Games

The Men’s National Team will face the United States in the quarterfinals on Tuesday, August 3

Six Spaniards, protagonists in season 75 of the NBA