Sertac Sanli has best game with Barca in roadkill vs. Burgos 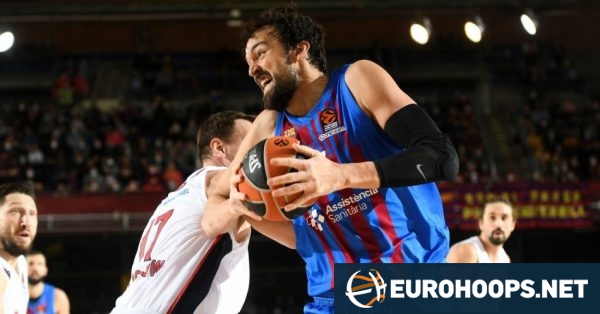 Sertac Sanli had his best game yet with the jersey of Barcelona to lead his team back to victories in the Spanish ACB League. The Turkish big man scored 19 points on 8-10 shots and grabbed 11 rebounds as the Blaugrana prevailed 83 – 69 over San Pablo Burgos on the road.

Sanli hit two 3-pointers early in the fourth period to push his team towards a nine-point lead in a moment when Burgos had come back from a 14-point deficit to approach by one. He overall had 12 of his points in the decisive final quarter to lift Barca to win and a 10-1 record.

The post Sertac Sanli has best game with Barca in roadkill vs. Burgos appeared first on .

Unicaja and Betis negotiate the loan of Rubén Guerrero