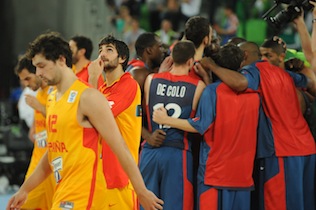 Spain failed to defend their title as they absorbed a heart-breaking 75-72 loss in overtime against rival France in the semifinals of the FIBA EuroBasket Men 2013 in Slovenia.

The defending champions seemed to be in control of the match, but the French squad showed how eager they are to take the next big step in the European basketball scene.

Spain took control in the first half that ended with them on top by 14 points at the half. However, the half-time break did wonders for France as Tony Parker spearheaded a huge second-half uprising.

Parker gave France their first taste of the lead in the second half with a three-pointer with less than two minutes left in the game. With the game tied at 65, Parker had a chance to give France the win in regulation, but his potential game-winning shot was blocked. Jose Calderon also missed a potential game-winner in the ensuing possession.

In the overtime, Parker took over once, while Antoine Diot converted crucial free throws en route to their thrilling victory. Marc Gasol had a chance to force another overtime, but he missed a three-pointer as the final buzzer sounded.

“We wanted to be aggressive, but until halftime we weren’t really playing. We talked about it during the break and we came back very different. They couldn’t score for five minutes in the third and even when they started hitting shots again, our spirit stayed the same,” France coach Vincent Collet said after the game.

Parker was a dominant force as he finished with 32 points on 11-for-19 shooting, while also tallying six rebounds and two steals. Diot ended up with 10 points, while Boris Diaw added eight points and eight rebounds.

Gasol, on the other hand, led Spain with 19 points and nine rebounds, while Rudy Fernandez and Sergio Rodriguez added 17 and 11 points, respectively in a losing effort.

France will face Lithuania in the gold-medal match, while Spain will try to bag the bronze medal when they take on Croatia in the final day of the tournament on Sunday. 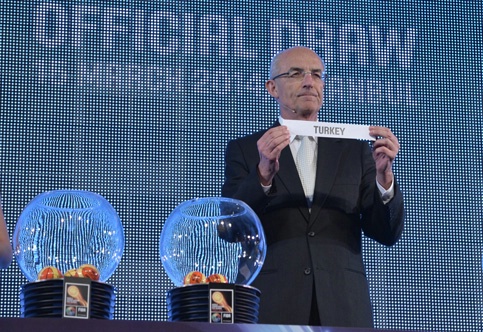 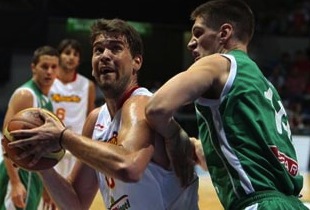 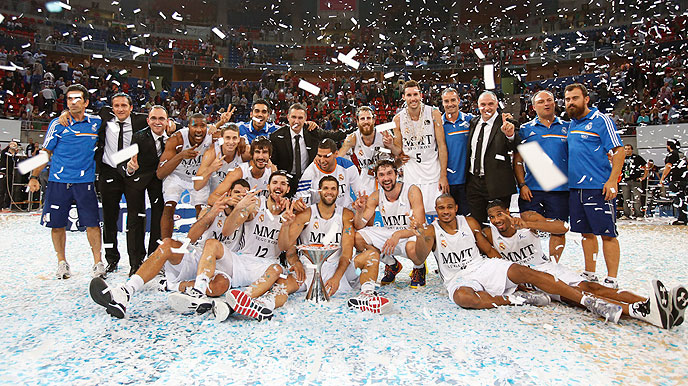