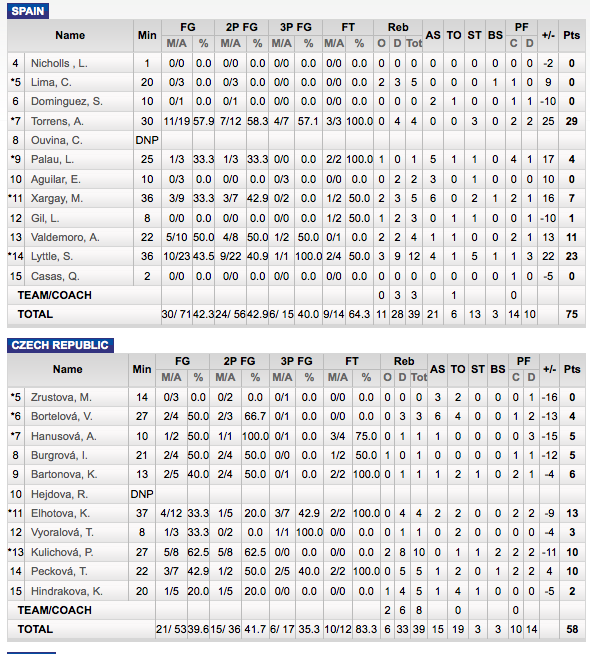 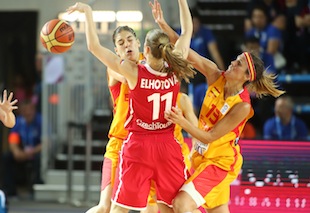 Spain’s Womens National Team remains undefeated in the 2013 Eurobasket Championship in France and will head to the semifinals with huge win over Czech Republic. There seems to be no obstacle to high for Spain with Sancho Lyttle  leading all Eurobasket stats in both scoring (17.7) and rebounds (11) per outing. On the plus side top players such as Torrens is averaging just over 16 pts and role players for Spain are chipping in each game.

The Czechs’ had no chance against the big start for Spain with Alba Torrens leading the way by scoring 20 points in the first 14 mins of the game and finished with 29pts. Sancho Lyttle covered ground in the paint and continues with superb rebounding while finishing with 23 points and 12 rebounds. Spains dominate play inside and out with a combination of defense the Czechs found themselves lost. In the final quarter Spain outscored Czech Republic 21-12 and will head to the semifinals undefeated. 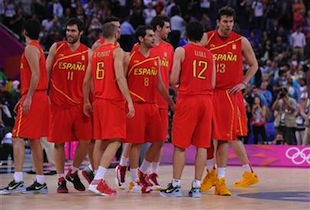 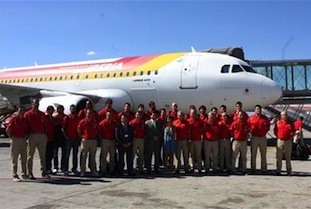