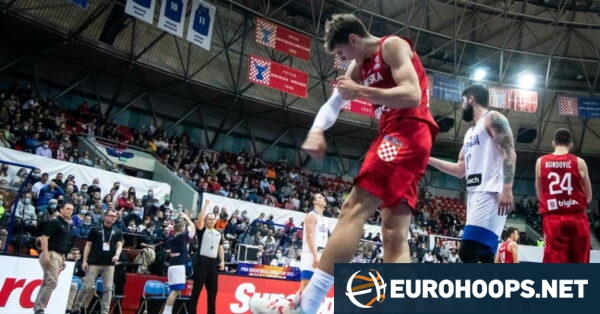 On a path possibly leading to the NBA, Roko Prkacin is the latest new player of Basquet Girona. The team controlled by Marc Gasol announced his addition on Wednesday.

“I am very happy to sign with the club for its great basketball culture and good atmosphere,” said the newcomer, per the press release, roughly translated with Google’s help, “I have heard great things about the city. We will play good basketball for sure and achieve positive results this season. I am happy to play in the ACB and hope for the best.”

Prkacin, 19, was among early entry candidates for both the 2021 and 2022 NBA drafts but ultimately withdrew his name from consideration on both occasions. Maintaining draft eligibility for next summer, he will be moving to Girona, Spain.

The Croatian combo forward has been playing at the professional level for Cibona for the last four seasons. A product of the youth academy, his career was concentrated on the team based in Zagreb. The Liga Endesa provides the opportunity to display his talents in the strongest domestic league in Europe and potentially increase his draft stocks.

Playing alongside Gasol is another big challenge for the young upstart. The veteran of 13 NBA seasons, NBA champion in 2019 with the Toronto Raptors, is projected to extend the combination of front-office duties with playing for Girona into the 2022-23 season.

Officially, experienced Aito Garcia Reneses has been named as the head coach. Coming in to the squad are Patricio Garino, Quino Colom, and Pol Figueras, apart from Prkacin. Also, Jaume Sorolla inked a contract extension.