The best finalists of the last decade, on the parquet

With a total of 21 wins and 5 losses for both teams, Movistar Estudiantes and Covirán Granada will reach the Princess of Asturias Cup as the best finalists of the last decade. Because only the 84% of victories achieved by Ford Burgos and Moraban Andorra in the 2012/13 campaign improves the numbers of two teams whose mere presence on the track is already synonymous with spectacle.

When the Movistar Students and the CoviránGranada jump this Sunday to the parquet Wizink Center They will do so supported by two data that help to understand the dimension of a final that greatly excites their respective hobbies.

One of them will be related to the game facility itself, since the Madrid sports center will be the largest in which a Final of the Princess of Asturias Cup. And, the other, will come through the numbers signed by both teams during the 26 league games played to date.

Because the victories from Madrid and Andalusia as a whole add up to the best balance of the last decade by the two teams that will play the final. An 81% winssupported by two balances of 21 wins and 5 losses and that had not been seen in the competition since the Final disputed in 2013 in El Plantío by the Ford Burgos of Andrew Casadevall and the MoraBancAndorra by Joan Peñarroya.

In turn, the 2022 finalists have the highest number of victories, both individually and as a group, when fighting for the title, although in this case with the conditioning factor generated by the postponement of the final in recent weeks.

Data that therefore augurs a great final on a pitch in which, whatever happens, the result will contribute to enriching the history of the competition. 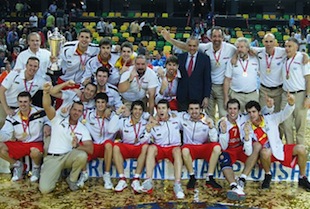