The best Women’s Eurobasket for history

It is true that for the National Team it was not the best Eurobasket possible, but its celebration in Valencia –two groups from the first phase and the entire final phase- was a new organizational success for Spanish basketball with international recognition, and an event of the greatest promotion women’s basketball. His legacy in this regard can be considered one more success.

It was the first major international championship of national teams organized after the long months of pandemic that in the summer of 2020 led FIBA ??to cancel its calendar. And it was held in compliance with the strictest health protection protocol, both for participants and fans and the media present, thanks to the effort of 126 health workers who performed a total of 504 hours of medical service, with almost 3,000 detection tests. of covid-19.

The occasion deserved the presence at the official inauguration dinner of the Secretary of State for Sports, José Manuel Franco, and representatives of the National Federations.

Beyond the Fonteta, fans in general were able to enjoy a very special exhibition: WOMEN’S BASKETBALL REVOLUTION. From spectators to protagonists. 1921-2021, organized by the FEB Museum, first at the headquarters of the Valencian Provincial Council and later at L’Alquería. An exhibition that also received visits from the FIBA ??Secretary General, Andreas Zagklis, the historic former coach María Planas, of course the National Team itself and former players such as Luci Pascua, Piluca Alonso, Ana Belén Álvaro, Marina Ferragut, Anna Montañana, the member of the first Selection in history, the Valencian María Ángeles Gómez, and the Russian Natalia Zassoulskaia.

The Eurobasket was also the setting for the return of the Plaza 3×3 CaixaBank circuit, whose first two stops of the 2021 edition were held in Valencia and Castellón. And for the visit to numerous schools in the community of FEB Ambassadors Fernando Romay and Ana Belén Álvaro, protagonists of a program to disseminate the values ??of basketball among young schoolchildren. In addition, Renfe collaborated in the event by decorating some of its trains with a photographic exhibition.

Also noteworthy is the distinction of the Green Flag of Spanish Sports, which recognized Eurobasket as a competition with practices that respect sustainability and the ecosystem. The president of ADESP, José Hidalgo, stressed that “the fact that Spanish basketball joins this initiative is a great step forward for its driving role in our sport.”

A total of 20,000 fans witnessed the 22 games played in Valencia live, with the sporting prominence of 12 national teams, 144 players, almost 100 technicians and more than 50 referees, 140 Volunteers and 35 workers of the organization, which had a budget of 3.3 million euros.

Everything was followed by 110 communication media – television, written press, photographers, radios – with a total audience on Teledeporte (before, games and post-games) that touched 2 million viewers.

Ultimately, the FEB achieved one of its great objectives: that the 2021 Women’s Eurobasket leave a valuable sports and social legacy after almost two weeks that were lived with intensity in the Fonteta and outside it, a triumph that was summarized in the affectionate An ovation with which the public dismissed the National Team after their last game.

“We have corresponded to a new demonstration of confidence from FIBA ??in our country and for this reason I am very proud of the immense Spanish basketball family,” the FEB president, Jorge Garbajosa, signed. 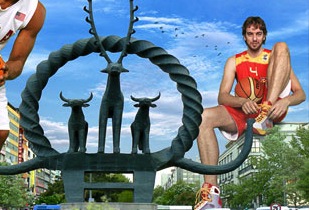 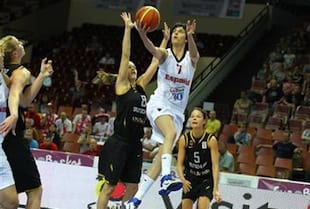