The numbers of the four candidates for promotion

We analyze the numbers of the four teams that will participate in the Final Four of the LF Challenge that takes place in Alcantarilla from Saturday, April 30 to Sunday, May 1. Some figures that already reveal the high level of play that will be lived in the Fausto Vicent.

The best attacks. With 73.2 points per game, Recoletas Zamora reaches this phase with the best offensive record, standing out from the three-point line with the highest accuracy of the entire LF Challenge (33.6%). The main causes of this performance in attack during the regular league have been Nneka Ezeigbo (12.8 pp), Morgan Green (11.2 pp) and Isa Latorre (9 pp). Despite this, Hozono Global Jairis is the team with the best field goal accuracy (42.9%), followed closely by Vantage Towers Alcobendas (42%).

The highest scorers. Laura Howard (Vantage Towers Alcobendas) is the second highest scorer in the regular league with 15.3 points per game. She is followed by Gala Mestres, who is the fourth best in this aspect with 14.88 points per match. If we talk about efficiency, in this case Érika de Souza (61%) and Clara Rodríguez (60%) stand out in shots of two, and Marta Gómez and Howard in shots of three (44%).

The best defenses. Manuela Fundación Raca and Hozono Global Jairis are the two best defenders in the competition as they are the two teams that have conceded the fewest points during the season. Although, the defensive style of both teams is far from each other. With an average of 12 steals per game, the team from Granada is the team that recovers the most balls per game and this is achieved through an ‘army’ of outside players such as Patri Benet, Laura Arrojo, Marina Gea, Heleen Nauwelaers, Mamen Blanco , Marina Gea or Andrea Boquete, in which each of them approaches an average of two steals per game.

For its part, the Hozono Global Jairis finds its greatest defensive asset in its internal power and that is that the aggressiveness of the external ones causes failures in the rival’s success and it is the solidity in the defensive rebound (26 per game), which ends up annulling to the opponents.

The leaders in valuation. Of the six most valued players in the entire regular league, five will be in this Final Four. Érika de Souza (18), Laura Howard (16), Nneka Ezeigbo (16), Clara Rodríguez (15) and Gala Mestres (15) arrive at this event as benchmarks in their ensembles.

The most collective game. This is the great strength of Vantage Towers Alcobendas, which averages 14.7 assists per game, being the most distributed game in the entire LF Challenge. The collective proposal of the Madrid team means that up to six players exceed eight points on average per game, giving rise to multiple offensive variants that are difficult to counteract. With 4 basket passes per game, Lucía Togores is the top assistant on the maroon squad. The second team on the list is Manuela Fundación RACA, with an average of 14.4 assists per game.

The youth knocks at the door. In any championship, one of the aspects to which more attention must be paid is the role of young women. Each team has one or more pearls in its squad that aim to have a lot of prominence in Alcantarilla. In the Hozono Global Jairis, Angela Mataix (2000) and Alejandra Sánchez (2002) stand out, in the Recoletas Zamora, Nnkea Ezeigbo (1998), Marta Gómez (1997) and Clara Che (1997) stand out, while in the Manuela Fundación RACA they do Marina Gea (2001), Mamen Blanco (2000) and Andrea Alcántara (1999). Finally, in the Vantage Towers Alcobendas, Sara Francisco and Lucía Gutiérrez (1999) shine.

Experience is a degree. The average age of the players of the four candidates for promotion is 25 years, which represents the combination of youth and experience. In this Final Four, several experienced players will meet who, due to their stripes, will support the team in difficult moments. Due to their careers, the spotlight will be on Erika de Souza, Alicia González (Hozono Global Jairis), Patri Benet (Manuela Fundación RACA) and Marta Montoliu (Recoletas Zamora).

The court factor. Hozono Global Jairis has it in his power to continue replicating the successes of the latest teams that have hosted the promotion phase to LF Endesa. Innova TSN Leganés (2021), Tenerife (2019) and Valencia Basket (2018) promoted as hosts. 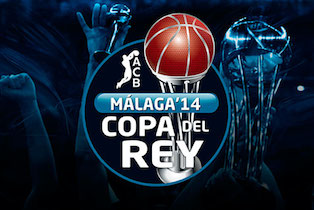