Melilla Sport Capital announces that it has reached an agreement with Thomas de Thaey, for the Belgian wing forward to join the Azulino project for the 2021/22 season. The player has extensive experience in Europe and in LEB Oro, where he played for CB Breogán Lugo in the 2019/20 season.

Thomas de Thaey (Belgium, 1991) trained at the prestigious Canary Basketball Academy, where many important LEB Gold players have come from. From there, in 2011, he made the leap to the NCAA for the North Carolina State Wolfpack University. After completing two years, de Thaey decided to return to Europe, specifically to his native Belgium, where he played for four seasons in some of the most important Belgian teams.

In the 2018/19 season, after playing in France and Romania, the new Azulino player landed in the Portuguese league to play at União Desportiva Oliveirense. With the Portuguese team he signed a great campaign in which he averaged 14-8 points and 7.8 rebounds that earned him to become the MVP of the competition, in addition to the Cup and the Super Cup. That season led him to make the leap to Spanish basketball, signing with CB Breogán Lugo, although with the Galicians he could barely play eight games due to a shoulder injury. Last year he returned to Oliveirense, where he averaged 10.1 points and 5.7 rebounds in the nine games he played.

The head of the azulino bench does not hide when talking about Thomas de Thaey, who will undoubtedly be an important player in this Melilla Sport Capital: “I think he is a player with full guarantees for the team.”

As for what the Belgian can bring to the team this season, Arturo Álvarez points out that his main virtue is in defense and rebounding: “He is a player with an ACB physique. He contributes in many facets of the game such as rebounding, mainly in offense where he is a specialist. In addition, defensively he can defend both ‘4’ and ‘5’, thanks to his physical conditions and versatility ”. 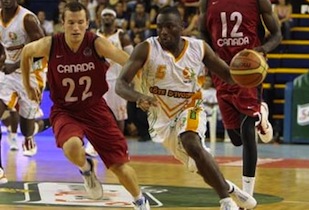