Too much Tavares for Baskonia; Real sweeps series 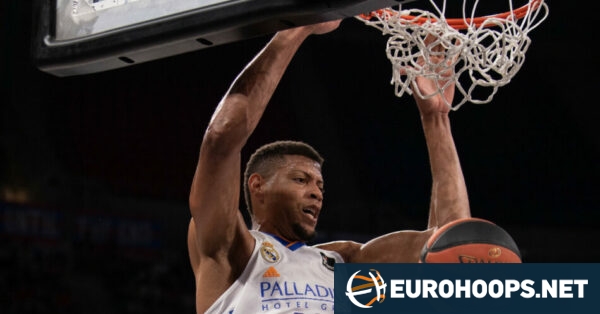 Wade Baldwin’s efforts (26 points) weren’t enough for Baskonia that trailed for the entire game after the first minutes in its last game for 2021-22.

Tavares produced 11 of his points in the third period during which Real took a 13-point lead, 53 – 66. Baskonia cut that margin to 64 – 69 but their opponents responded with a 2 – 12 run to ultimately get a comfortable win.

Adam Hanga dropped 17 points while Gabriel Deck scored 15 out of his 16 points in the second half while also adding eight rebounds and four assists for a diverse contribution. Fabien Causeur pitched in 14 points plus seven rebounds for the Blancos that are led by Chus Mateo at the bench during Pablo Laso’s recovery from a heart attack.

The post Too much Tavares for Baskonia; Real sweeps series appeared first on .

The ACB throws ‘pilots’ to the fight against bullying