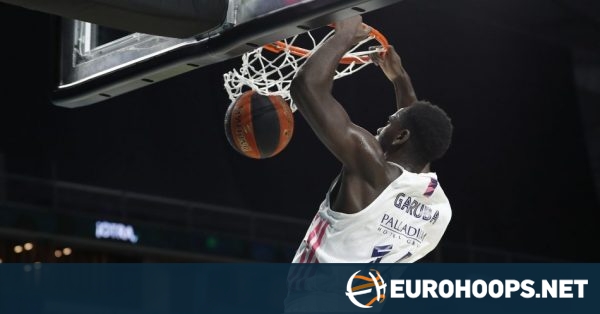 Usman Garuba has been named the 2020-21 Best Young Player in the Spanish Liga Endesa, the league announced Monday. 19-year-old Garuba succeeds his teammate, Carlos Alocen, who had won the honor twice in 2019 and 2020.

Garuba is averaging 5.7 points, 5.2 rebounds and 8.3 PIR per ACB contest this season.