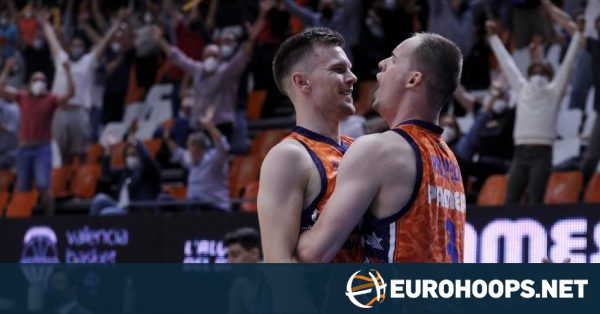 Valencia completely turned the tables to beat Real Madrid 85-67 in Game 2 of their semifinals to even the series (1-1) as both teams will fight for their place in the finals in the last showdown on Thursday.

Real entered the game coming from an 11-point win on Sunday, but quickly got swept as the hosts took total control in the first half, while keeping their visitors at just 11 points in the second period.

Jaycee Carroll was the only player of the Whites to finish the game in double digits with 13 points, as young guns Carlos Alocen and Usman Garuba posted 8 points each, in the wake of the absences of Sergio Llull, Nicolas Laprovittola and Alberto Abalde.

Kalinoski and Musa relaunch Breogán and make the Pazo vibrate …

Kalinic signs for the Red Star and Valencia saves his …