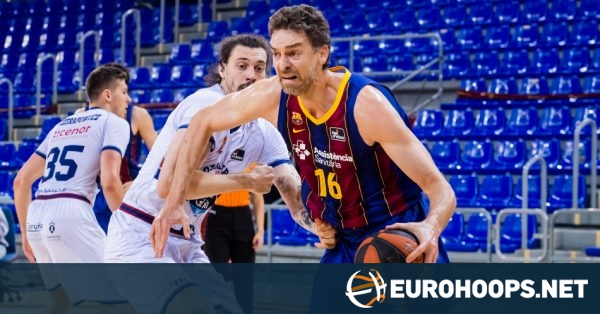 FC Barcelona returned to its domestic league duties after sealing a spot to the Cologne Final Four and defeated Obradoiro 76-70 for an ACB Round 34 rescheduled game.

Leo Westermann and Pau Gasol took charge to lead the hosts with 14 and 12 points respectively, while Nikola Mirotic and Alex Abrines posted 11 points apiece for Barca, which has already sealed a spot in the upcoming playoffs.

Steven Enoch had a game-high with 17 points for Obradoiro and Chris Czerapowicz added 14 points, as Obradoiro now falls to an 11-22 record.

Check out the ACB Round 34 recap in full.

The post Westermann, Gasol pace Barcelona to win over Obradoiro appeared first on .

Van Rossom: “In the Super Cup we are going to go all out for the Ba …

Mateo: “We have only won the first battle”