The next team to host its costumary Media Day sessions was LDLC ASVEL Villeurbanne, barely two weeks before the start of the 2021-22 Turkish Airlines EuroLeague season. ASVEL hosted its Media Day session at its home court, the Astroballe, which is also getting ready to bring back fans in the upcoming EuroLeague campaign.

ASVEL was one of three EuroLeague teams to host its Media Day on Monday, September 13, along with FC Bayern Munich and Fenerbahce Beko Istanbul. Five other squads already conducted their Media Day activies, and all other 10 remaining teams are scheduled to do so this week – Real Madrid should be the last one on Thursday, September 16! 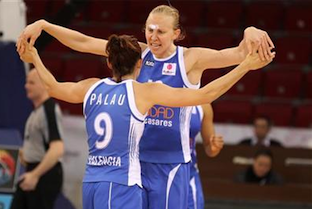