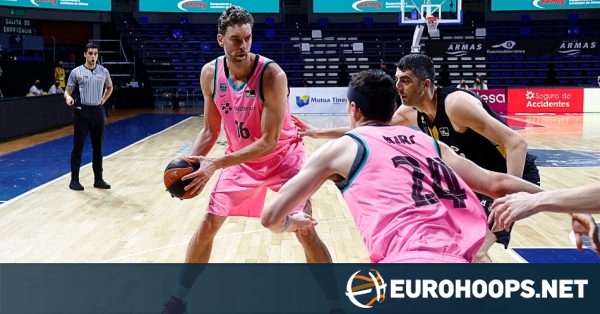 With six players scoring in double figures, Barcelona beat Lenovo Tenerife 96 – 72 in the last Spanish ACB League regular season for both teams. The second-seeded Blaugrana improved to 32 -4 while Tenerife finished third at 27 – 9.

The post Barcelona completes regular season with display of strength vs. Tenerife appeared first on .

Marinkovic: “We have a team to fight for more goals at …

Valencia Basket is left without Van Rossom for two months