ANDl superb performance of Pau Gasol in this final stretch of the season the fan euphoria blaugranas, their classmates team and even your own trainer, who would be delighted that the myth continues to wear the Barça shirt next season.

It does not matter that in two weeks I will turn 41. Your numbers in these playoffs have nothing to do with your ID: 11.6 points, 5.9 rebounds, one assist, 0.8 blocks and a PIR of 18.3 in 16 minutes. It is not strange that the culé parish dreams of continuing one more season with them.

The first one who leaves the doors open is his coach, Sarunas Jasikevicius: “Pau Gasol you have earned the right to decide your future. Take a few days off and decide. Seeing that he can run down the track and do dunks maybe it’s not a bad idea for him to come back. ”

Pau Gasol has earned the right to decide his future. Take a few days off and decide. Seeing that he can run around the track and do dunks, maybe it’s not a bad idea that he comes back

Mirotic praised the figure of his partner: “He is a legend. He has helped us a lot on the court and in the dressing room. It has been a great pleasure to share the team and learn from it. He knows I love him very much. Seeing how he has been in the last games … Is to continue playing!“.

Pau Gasol, however, seems to have another idea about his future based on his statements: “The last few months have been very beautiful, I’m so glad I ended up like this“, He said. “Living a moment like this with almost 41 years old, having just become a father a few months ago, is something very special that I have never lived as a player, “he explained in the microphones of Vamos.

Seeing how he has been in the last games … he is to continue playing!

He did not specify if he will retire after the summer: “I have always said that It may be the last game, especially when you are already at this point, that you have beaten all the forecasts, especially with the injury and everything. It’s time to rest and consider the future a little but I’m very happy to have been able to play at this level at this point in my career, “he explained.

The last few months have been very beautiful, I am very glad to have ended up like this

You will now focus on the Spanish selection and in the Tokyo Games: “Now these days it’s time think about being a little with the family because they deserve it and then think about the selection and see what we will do in the future. “

Juan Carlos Navarro, Barça manager and a great friend of Pau Gasol, also referred to the future of the pivot in the Barça entity in statements to Rac1: “We would all like it to continue, but it’s up to you. We have already asked him, and We will ask again, but it is complicated. “

Alocén and Llull crown Madrid on the basis of faith: comeback from … 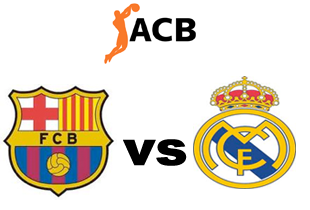