ANDhe Baskonia announced this morning the renewal of Tadas Sedekerskis, who will continue to defend the Barça shirt until the end of the 2023-2024 season. With this movement, a relationship that began in the 2013-14 season with his arrival in the lower categories of the club is strengthened.

At 23 years of age, Sedekerskis has been a fundamental piece in the last season under Ivanovic, gaining the confidence of the Montenegrin coach every day. Especially in the final stretch of the season, the forward’s participation in Baskonia’s rotation was much more consistent, averaging nearly 24 minutes per game between April and June. In this period, Sedekerskis had 6.9 points, 6 rebounds and 11.8 PIR credits in his last 13 games.

To date, Tadas has worn the elastic from Gasteiz in 132 official matches, a figure that will continue to increase in the coming years in which the Lithuanian will continue to grow with Saski Baskonia.

Barça negotiates for Jokubaitis and opens the exit door to … 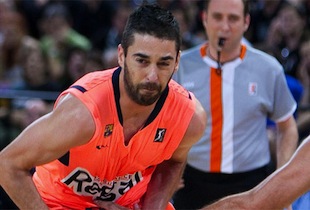