The player, Cecilia Muhate, and Club Baloncesto Leganés have reached an agreement whereby the player will continue to wear our jersey in our debut in the highest competition of Spanish women’s basketball.

The Madrid player (1,997, 187cm) will continue in our Club after dazzling us in the Final Phase of Women’s League 2 where she proved her worth with an exponential explosion in her game after a season in which physical problems greatly diminished her progression.

With the horizon of 300 rebounds in FEB categories in her hand (272 in total), the young woman from Madrid will face her first season in the Endesa Women’s League, after debuting in the highest category of Spanish basketball at junior age with Rivas Ecópolis. 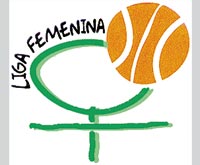 Valencia BC get the first title in its history