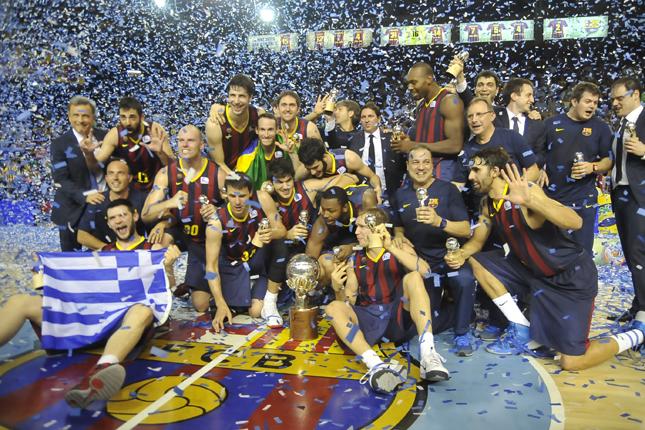 The game started very emotional for both teams, Barcelona a chance to close out the series and Real Madrid on the brink of elimination without a title. Rudy Fernandez started the game electrically however his foul trouble would cause him problems. Navarro’s aggressive play in the first quarter made it hard for the Madrid team. In the second, Madrid outscored Barca by one point and FC Barcelona finished the first half up by five points 47-42.

After the break, Ante Tomic was a force in the post and caused trouble however during the final quarter Real Madrid came up with some big plays with important three pointers by Sergio Llull. The game was tied during the last minutes until a big three by big man Lampe put Barca up (79-76). Brad Olsen knocked down two important free throws to give Barca the 2013-2014 league title. 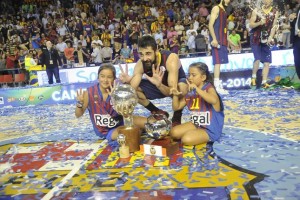 Navarro was named MVP after scoring 14 points and claims his 8th ACB League title with FC Barcelona. The MVP honors is the third for Juan Carlos Navarro and he is the first player to do so.

Late in the game until I was pretty nervous. I am very happy with this title. The MVP award was secondary. The important thing is that I wanted to take away the league title. 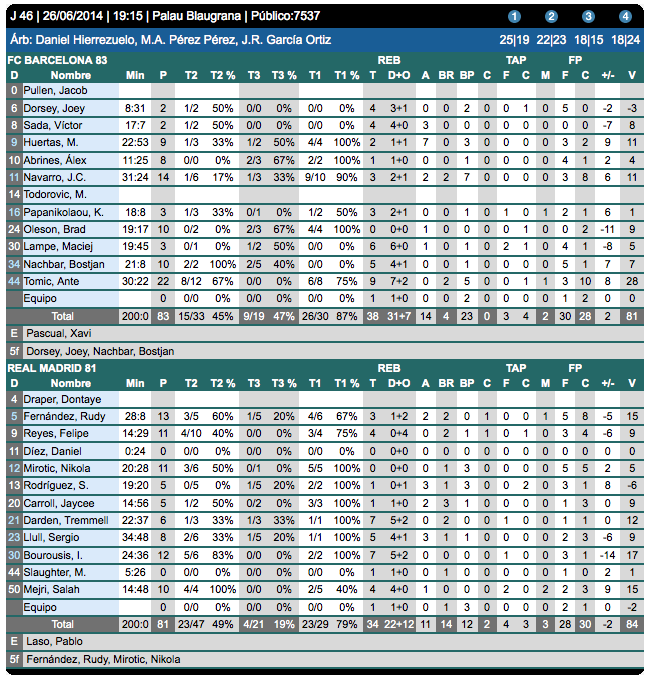 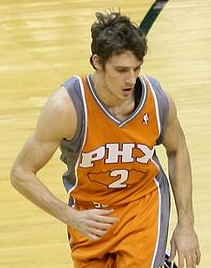