The FEB wants to express its condolences for the death of former international player Javier Sanjuán, a member of the National Team that in 1963 won the silver medal at the Mediterranean Games.

Javier Sanjuán was 81 years old, and at the beginning of the decade of the past 60s he accumulated 25 international caps, among them in the Mediterranean Games of 1963 in Naples, where the National Team won the silver medal with a team that also featured, among others, Lolo Sainz, Nino Buscató and Carlos Sevillano.

Born on July 23, 1939 in Zaragoza, Sanjuán developed his career as a club player in the ranks of Español, Aismalibar, FC Barcelona and Picadero.
FEB would like to extend its condolences to family and friends.

COMMUNICATION AREA FEB Cristina García was a student at CES 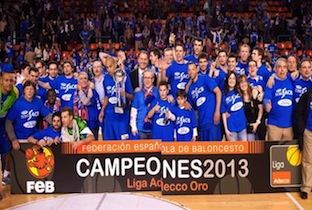