Feldeine, out for the remainder of the season at Coosur B …

ANDhe American guard with a Dominican passport James Feldeine will miss the remainder of the Coosur Betis season due to a sprained left knee, the Sevillian Liga club Endesa reported on Tuesday.

Feldeine, who was injured last Sunday in the game that his team played at the Palacio San Pablo against Barça, “suffers a grade I-II sprain of the internal lateral ligament in his left knee,” according to the medical report offered by Coosur Betis.

The 34-year-old Dominican had to retire early in the second quarter against Barça and will miss the remainder of the season. 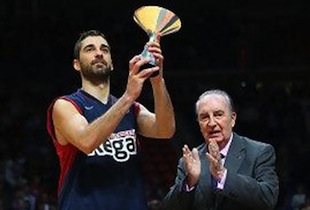