J.2: Valencia Basket fuels its leadership with a valuable tri …

With two games still to be played, the second day of LF Endesa began to clear the first doubts of a start to the season in which Valencia Basket has started with great force. This was confirmed by the Rubén Burgos team with their triumph on the always complicated Fontajau court with which to stay at the top of a table in which Perfumerías Avenida and Cadí La Seu will share the lead with the taronja team.

It was by no means an easy match against an opponent who had started the game with great force, but Valencia Basket knew how to find its moment in Fontajau. Specifically after passing through the changing rooms and through a Laura Gil who assumed the offensive weight to put land in the middle in the electronic. In this way, Rubén Burgos’ team managed to prevail in the most anticipated match of a day that reinforced the wishes of the Taronja squad for leadership (58-72). An encounter at which a Perfumerías Avenida looked askance, which, in the first assault of the night, had been able to prevail in San Sebastián. Again through solid defense and, once again, making the most of every attack. This was done by a plethora of Emese Hof who offered her best version to be able to keep her co-leading team (57-70).

In this way, Valencians and Salamancans confirmed the reissue of their fight for a leader in which they have found a traveling companion in these first two days with the double triumph of an intractable Cadí La Seu. And it is that, on this occasion, those of Bernat Canut did not give an option to a Casademont Zaragoza who could not impose his game and who gave in to the confidence of an Irati Etxarri in a great moment of form (67-59).

Those who were able to add their first victory were, on this occasion, a Kutxabank Araski who prevailed in an even match in Bembibre (43-50) as well as an Innova TSN Leganés who took the duel of newly promoted in Teledeporte working even the Average factor during the final leg of the match (80-69). The night closed from the Canary Islands with the first of the course for a Tenerife that managed to beat a Lointek Gernika with no luck in attack “on points” and that collided with an Ivana Tikvic in MVP mode (64-61). 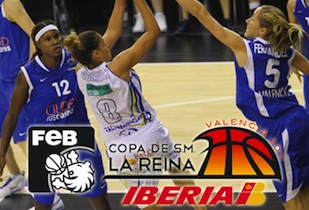 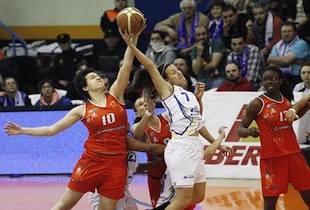